It pains me to say it, but I've actually moved the location of my blog. I used to love this blog, I really did, and I really appreciate everyone who followed me and made comments. But with how busy I tend to be, I found that updating on blogspot just took up far too much of my time, and I basically just ended up not updating anything at all, which, I'm sure you can all agree, is just not cricket. So I've moved my blog over to tumblr, which I find MUCH easier to update and as such, it's been receiving a lot more updates! If you fancy it, please do pop over to this address and follow me there. Thanks a lot, everyone, and see you on the other side! 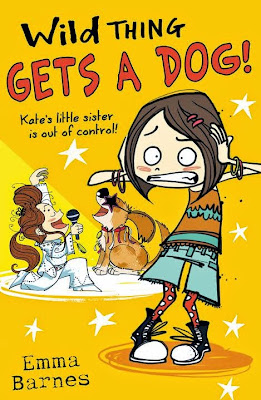 Hello hello and a very happy lunch-time to you all (unless, of course, in the very highly-likely case you're not reading this the moment it's published, a very good other-time of day to you).

The amazingly heart-warming, hilarious and down-right wonderful book series I have had the pleasure to illustrate recently, 'WILD THING', written by the incredible Emma Barnes, has the publication of book 2 in the 3 book series tomorrow! The book is titled: 'Wild Thing gets a Dog', and...well, I won't give too much away. But trust me (spoiler alert!): there is a clue in the title. I really cannot recommend this book enough, so much so that the fact that I have just begun illustrating the 3rd (and potentially final) book in the series has me both leaping with glee and holding my head in sadness, I'm going to miss the mischievous and mega-naughty adventures of the ever-wild Josephine. 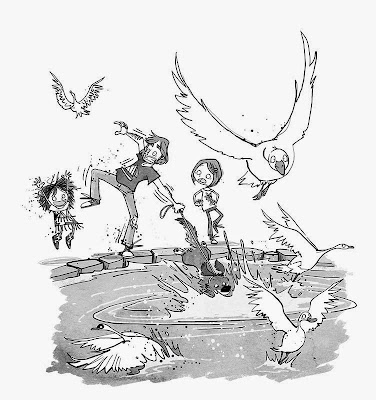 *Best sales-person-type-voice-thingy* Available from all good book stores as of tomorrow! Here is just one such place. 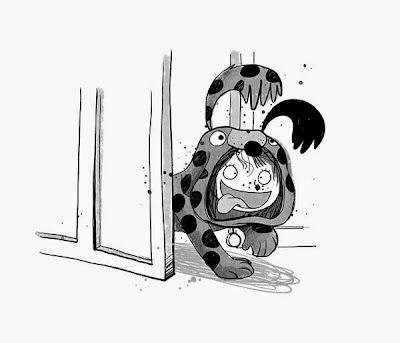 Posted by Jamie Littler at 04:48 No comments:

You know nothing, Jon Snow 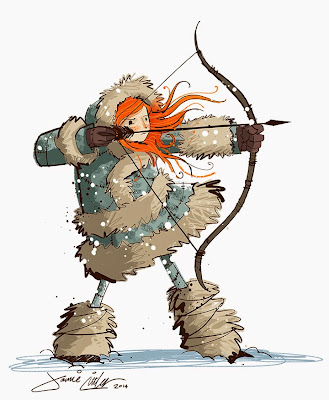 It's been quite a while since I've posted anything, so here's a quick bit of Game of Thrones fan art.

Ygritte has always been pretty awesome, I reckon.

I shall return with more art soon!

Posted by Jamie Littler at 10:30 No comments: 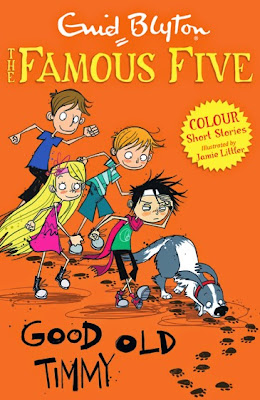 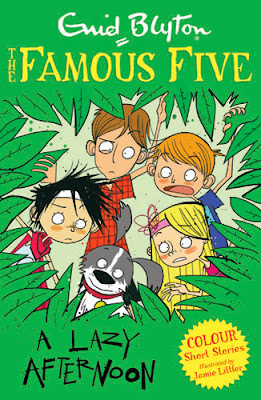 Whoa, where did those months go?! The next two FAMOUS FIVE colour readers, published by Hodder Children's Books, came out yesterday, 'Well Done, Timmy!' and 'A Lazy Afternoon'. We're halfway through the releases now...certainly happens faster than it takes me to illustrate these books!

I'm finishing up the eighth and final book as we speak (hence my usual, disturbingly reliable lack of blog updates...)! 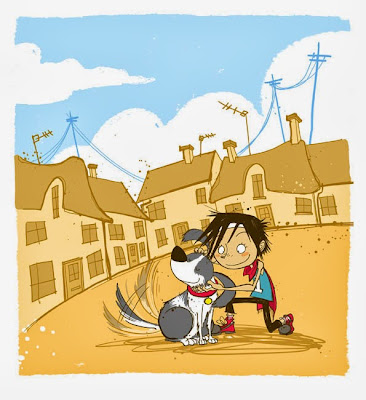 I'm going to just leave these 'Famous Five' preliminary development illustrations here, because, y'know, some people find them interesting, here and there. And stuff. 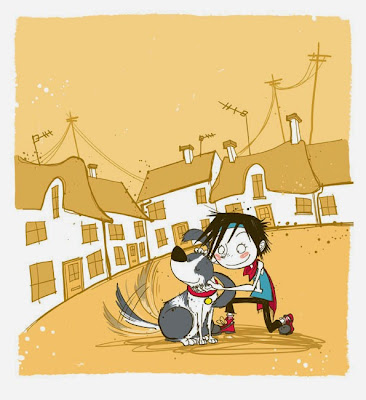 I did a whole load of these types of illustrations before starting the series properly, jut to try and get used to drawing the characters I designed, getting a feel for how the whole series was going to look and for getting an idea how I was going to render the book to make it look good whilst still being time efficient (I mean, each one of these books have roughly 60 full-colour illustrations in them!). 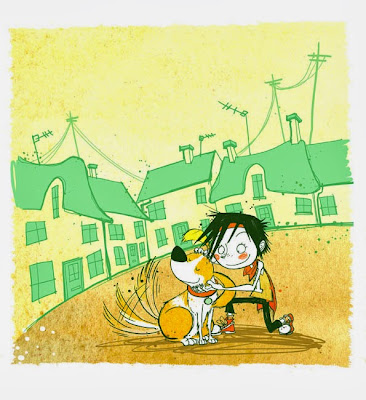 It's so weird how artwork develops over a project, these characters look so strange to me now, as I reach the end of the series... More to come this week!

Posted by Jamie Littler at 06:14 No comments: 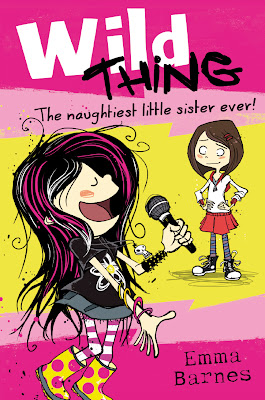 The 6th of February saw the release of 'Wild Thing', a young readers/adult novel written by the most splendid Emma Barnes, which I had the awesome pleasure of illustrating in glorious black and white. It is the first book in a series of three, and I am not exaggerating when I say how excited I am to get cracking on the next books in this series. 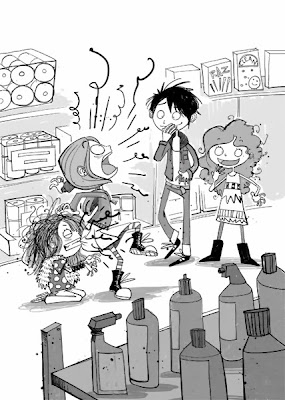 The story is about 'WILD THING' aka Josephine, a messy, raukus, rock-loving, bum-biting naughty sister who is the bane of her sister's life! 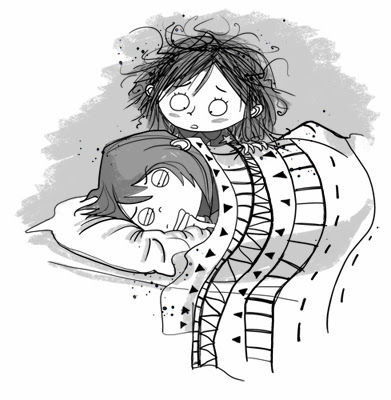 Wild Thing was an absolute treat to illustrate, it was children's fiction in top form: hilarious, fast-paced and incredibly moving, and allowed me to draw in my scratchiest, most ink-splattable style, which is only ever a good thing in my book. I also often seem to draw very 'boy' orientated books, so being able to draw a story about two sisters was a massive breath of fresh air and one that I thoroughly enjoyed.

Wild Thing is published by Scholastic, and is out NOW (go get it, go get it and thank me later!) I do believe Amazon have a 'look inside' thing going on over here too... 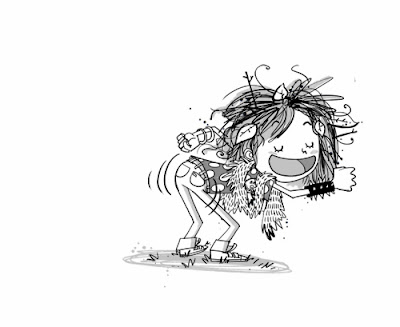 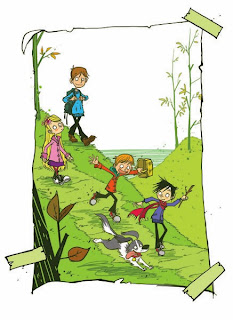 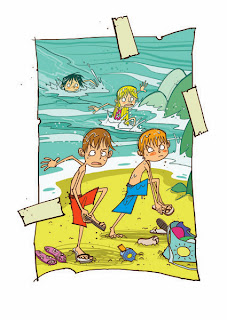 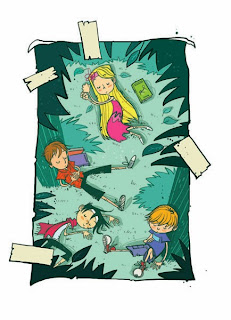 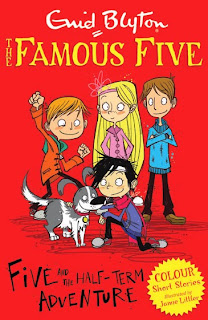 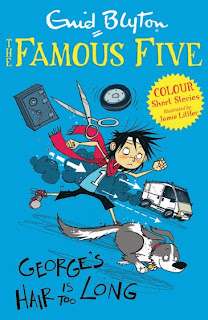 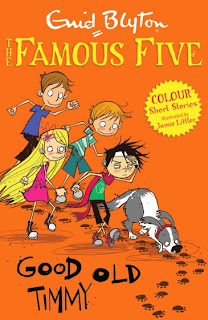 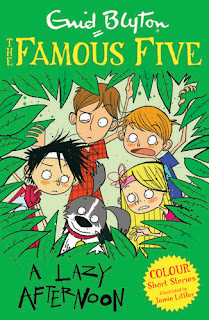 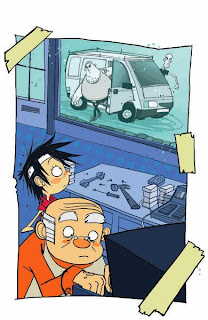 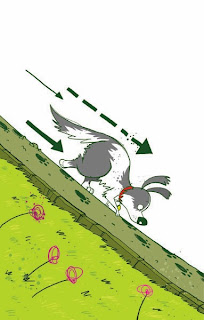